We individually took home the four plants we have been testing. This would allow us to have easier access to the plants and to test them in different environments. Each plant had a total of 1.0 ml phosphate and 1.5 ml nitrogen to begin with in the water to achieve the same levels of both nitrogen and phosphorus that we had in our first testing trials in the greenroom. 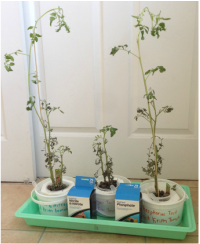 BLACK KRIM TOMATO
​
The Black Krim Tomato was kept in an area with natural light. After 10 days of testing, the nitrogen plant absorbed everything. Then, for 15 days the nitrogen plant (in the bucket that had both nitrogen and phosphate), stayed at 25 mg/L (nitrogen). 8 days later it had absorbed everything. The phosphorus amount in both buckets was very similar. For 30 days (one day after we started testing), phosphate stayed at 2.0 mg/L and has shown no change since. Also, I noticed that the nitrogen plant was growing slower than the other two. The other two have doubled in size ever since we started testing.  It appears based on this testing trial that Black Krim Tomatoes require phosphorus for rapid growth. 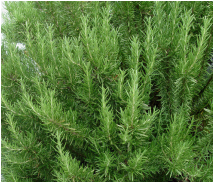 Image Source: blog.pennlive.com
ROSEMARY
The three Rosemary' plants were kept in an area with natural light (sun) on a window sill. In nine days it absorbed all the nitrogen. In ten days it absorbed all the phosphate. The Rosemary's which should sprout a natural bright green continued to dull into a brown caramel color. During the test the rosemary continued to grow at a steady rate but, after the test (meaning all the phosphate and nitrogen was absorbed) it died at a steady rate. This is proof that Rosemary plants need phosphate and/or nitrogen to survive. 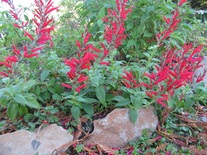 The Pineapple sage had results similar to the Rosemary and was kept in the sun on a window sill. in eight days it had absorbed the nitrogen and the phosphate. Similar to the Rosemary it also died at a continuous rate after the test finished. Two of the pineapple sage died 2 days after the test. The third one is currently alive but not doing so well. We are hoping to nurse it back soon when we purchased more supplements.